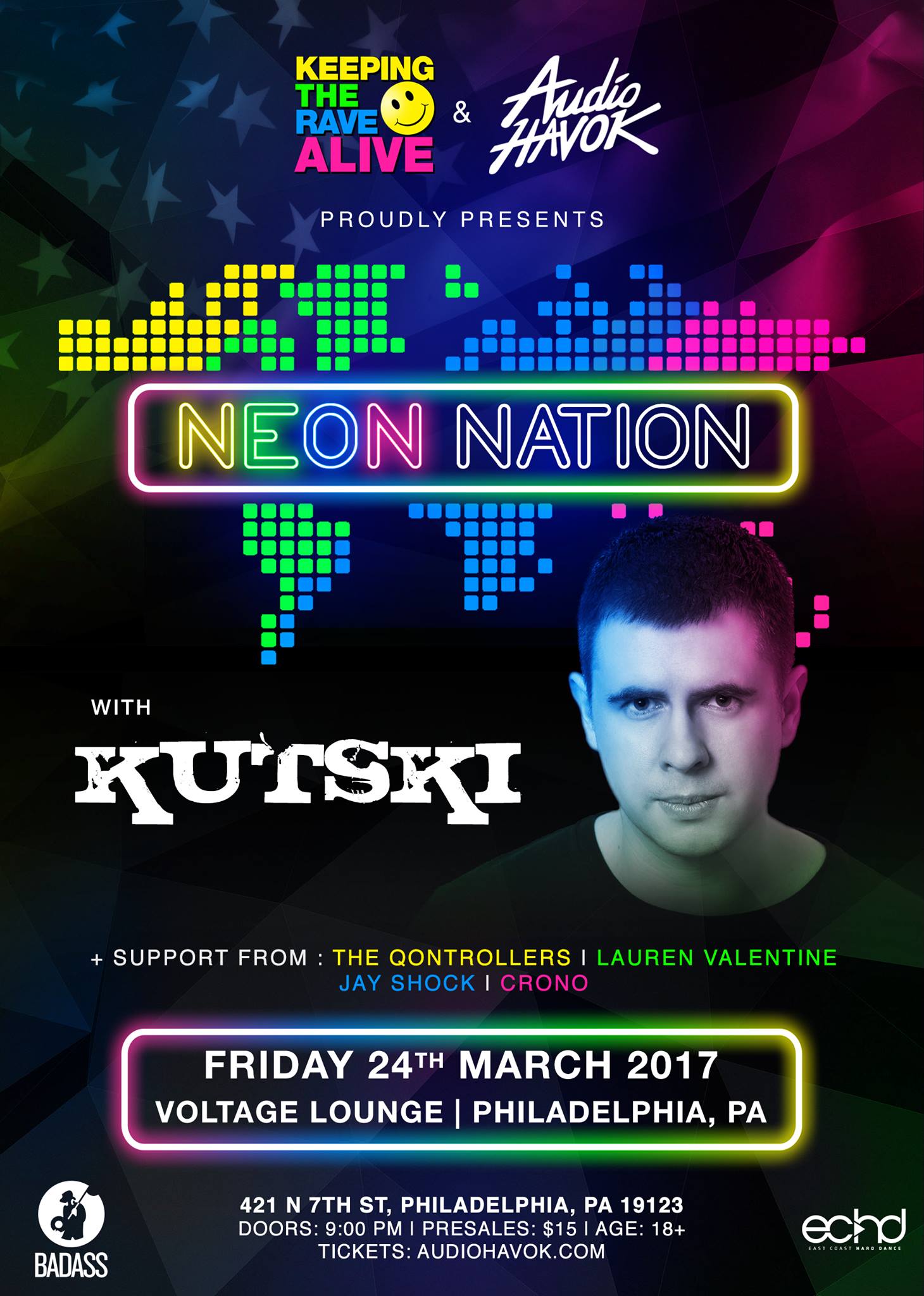 It’s very rare in this day and age to find pioneers who work hard day in day out to constantly push the boundaries of harder music. The true saviour of rave and master of the harder styles, Kutski aptly fits this title and is without a doubt the most exciting crossover talent to emerge from the UK in the past decade!

With his infamous technical ability and incredible musical versatility it’s not difficult to see why he has earned the tag ‘The People’s Favourite’, voted the UK’s No.1 Hard Dance DJ in the DJ Mag Top 100 DJs poll and scooping up awards for ‘Best UK Hard DJ’ for 3 years running in the Hard Dance Awards as well as best Hard Dance DJ and podcast/radio show in the Hardcore Heaven Awards.

2012 saw the launch of Kutski’s ‘Keeping The Rave Alive’ brand, set up to represent 360 degrees of the harder styles of dance music. Kick-starting as a weekly podcast it quickly gained momentum and now exceeds 100,000 downloads per week and regularly charts in the Top 10 downloads on iTunes alongside the likes of Armin van Buuren, Annie Mac & Tiesto. With the hype around the KTRA show reaching epic levels, world renowned leader of the harder styles Q-Dance asked Kutski to broadcast weekly on the Q-Dance radio network as well as drafting him in for radio specials co-presenting with scene leaders such as Headhunterz & Wildstylez!

Keeping The Rave Alive or KTRA for short has now branched out hosting its own sell-out events and arenas across the UK and worldwide. Representing a wide spectrum of the harder styles from the lighter sounds of hard dance right up to up-tempo hardcore sounds with guests including Zatox, Frontliner, Isaac, Coone, DJ Mad Dog, Korsakoff, Code Black, Dr. Rude, AniMe, The Viper, Darren Styles, Evil Activities, Gammer, Alex Kidd and many more!

The KTRA brand has also inspired an album series already into its fifth volume, which has claimed the title of the UK’s highest selling hard dance album; featuring on the front page of iTunes worldwide and still pressing and selling physical units to devoted fans worldwide!

Not content with all of the above accolades, Kutski has been busy in the studio continuing his ethos of not being bound to one genre. He’s produced countless anthems collaborating and remixing with the likes of Audiofreq, Endymion, TNT, Advanced Dealer, Furyan, Darren Styles, Gammer & Joey Riot on a diverse range of labels including Scantraxx, Traxxstorm , Fusion, Masters Of Hardcore, Dirty Workz, Mixmash, Nightbreed & Together We Rise with support right across the board across all of the harder scenes!

with regional support from (in Alphabetical order):